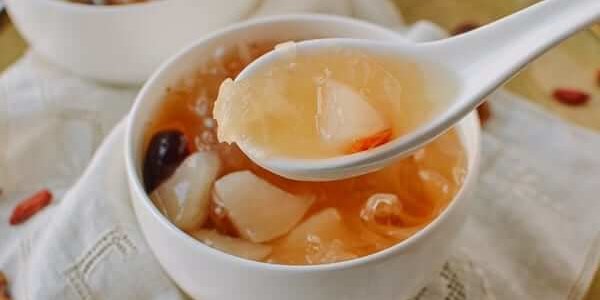 Snow fungus (a type of mushroom) also known as white fungus to many, contains many nutrients that are said to be equivalent to an expensive bird’s nest. It’s proven to reduce collagen losses in the skin, aids in curing dry coughs and has anti-inflammatory properties.

Because of its nutritional value, great taste and chewy texture, it is often used in Asian soups and desserts. In addition, accordingly to traditional Chinese medicine practitioners, this recipe helps to boost the immune system.

It’s definitely a dessert soup you don’t want to miss out trying, be it served hot or cold! 😋

Enjoy the soup warm or cold!